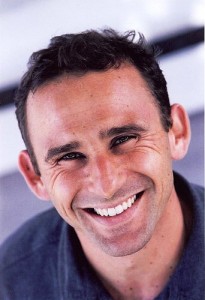 “Dr. Al” was raised in a “chiropractic family” by his mother, Luna, and his step-father Dr. Rhody Edwards, D.C.

While growing up with a chiropractor in the house, Dr. Al learned that the human body was not a poorly made machine that breaks down a lot and then needs medicine to get better but rather that our bodies are miraculously designed mechanisms that run nearly flawlessly when you treat them the way they were designed to be treated.

He learned it was usually a small adjustment that was required to be healthy. It was in how your body was aligned, what you were fueling your body with, or what toxins you needed to stop adding to your body. 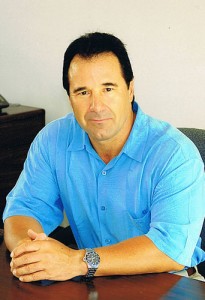 Dr. Al Valenzuela, aka Dr. “V”, has returned back to the Big Island. He owned and operated Kona Chiropractic Clinic from 1985 to 2008, and now has returned to Kona. He has joined forces with Dr. Albert Police at Police Family Chiropractic.

Dr. Valenzuela has over 30 years of clinical experience with acute & chronic injuries from sports injuries to the weekend warrior. As a graduate of Palmer College of Chiropractic in 1983, he came to Kailua-Kona in January 1985. “I have seen Kona Change over the decades but not the people, where the spirit of Aloha still remains in the heart of the local people of this Island, which supported my practice over the years.”

Dr. Valenzuela, a former athlete in high school and college, has three sons that are athletes and therefore understands sports injuries, and the need to put the athlete back on the field. However, over the years also understand the aches and pains of aging, in which Chiropractic care can assist with.

He is happily married to his wife Kelly, and together has 7 children. Therefore, he very much understands the need for Chiropractic care for the family and children. Dr. V is available for new and old patients from Monday through Saturday. Click here to download a certificate for a first time exam.

Dr. Pete Welch was born and raised in Denver Colorado. He received his B.A. in Exercise Physiology at Adams State College in Colorado then continued his education attending the Massage school of Santa Monica in California. After working as a personal trainer, massage therapist, and a chiropractic assistant, his desire to keep educating himself continued as he attended chiropractic school at Palmer West in San Jose, California where he graduated in 2008. He has since developed his skills in high-volume offices gaining valuable expertise helping thousands of patients.